Children growing up in poverty face horrible lifelong consequences to their health, education, and overall quality of life. Compared with cities its size, Rochester ranks as the number one worst city in the United States for child poverty, with 48% of our city’s children in poverty. We are first in the nation in the rate of extreme poverty, with 15% of the city’s population living in deep poverty (2020 U.S. Census data, 2015 – 2019). From May – July 2020, 10,000 more Monroe County children plunged into poverty under COVID (United Hospital Fund study, Oct. 2020).

Congress ordered and funded the largest, most exhaustive, and most nonpartisan, evidence-based report on how to reduce childhood poverty in half. The 2019 report released by the National Academy of Sciences estimates that child poverty costs us $800 billion to $1.1 trillion every year due to increased crime, worsened health, and lower earnings when poor kids become adults.

But the report concluded that a suite of two-generation-at-once public policy changes would cut child poverty in half in 10 years:

Along with assistance for high quality early child care and education, we already know what works. What’s missing is the political will to make it happen. That’s where The Children’s Agenda comes in.

Our Recommendations on Poverty

We call upon Governor Cuomo and the Legislature to enact the Child Poverty Reduction Bill (S.9012/A.11063). With child poverty skyrocketing due to the impacts of the pandemic, it is more important than ever for government to put reducing child poverty at the center of its work. New York cannot build back better if it leaves New York children behind.

The legislation proposes a pledge to reduce child poverty in half in New York state by 2030 and: 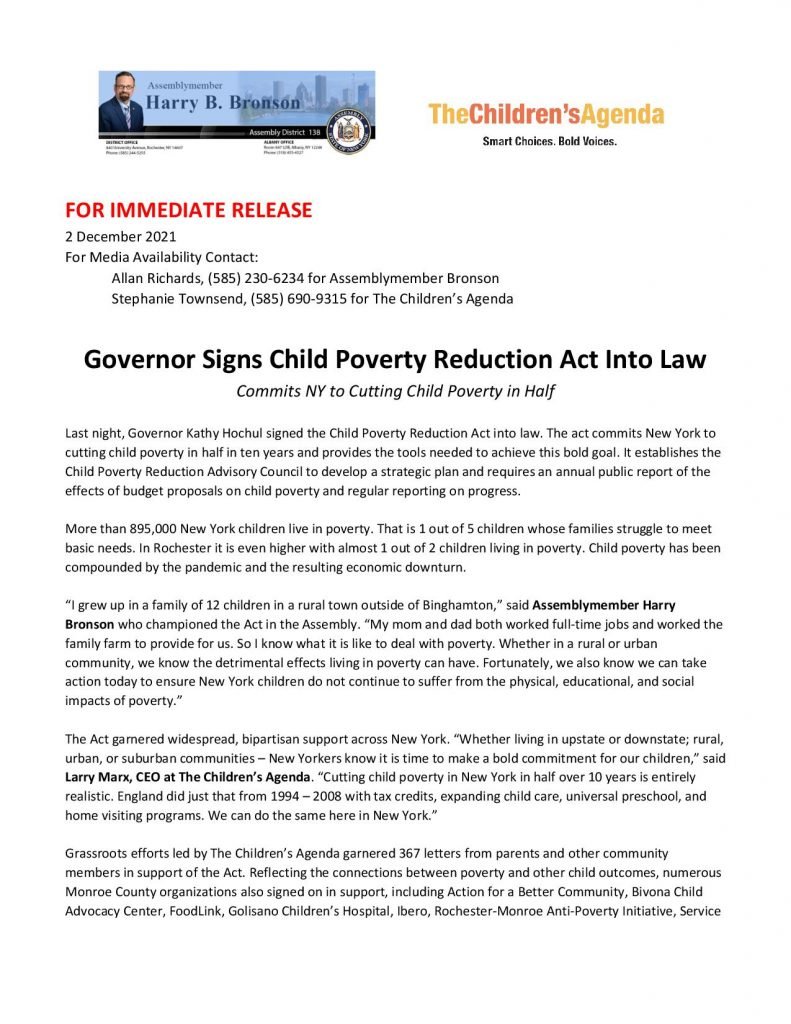 How Public Policy Can Change Poverty As We Know It 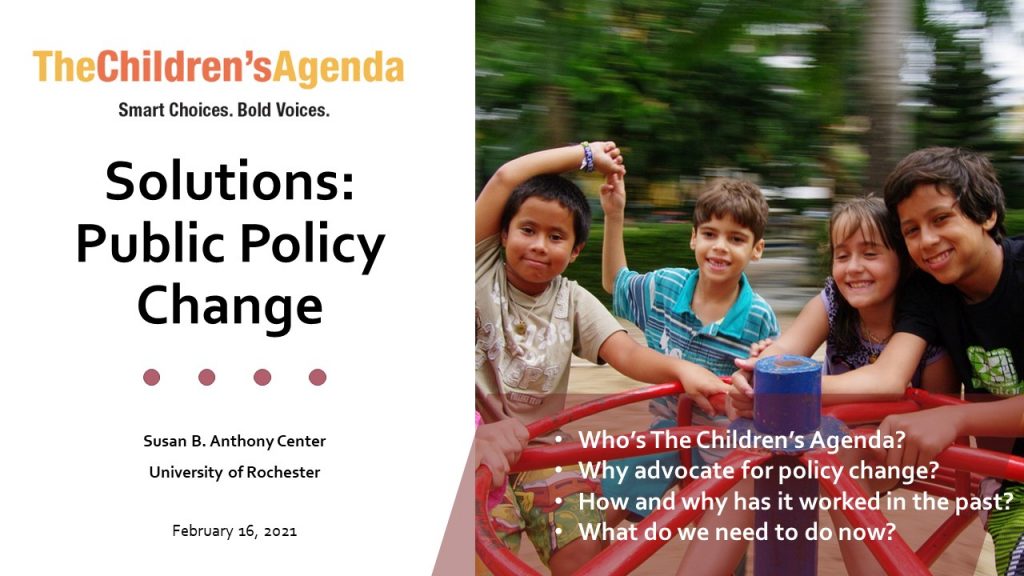 "Poverty... should not be accepted as a necessary evil or insoluble problem, but should be considered a crisis requiring emergency measures. It is a matter of will and priorities, not a matter of resources."
-- Martin Luther King, Jr.