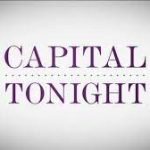 Originally, President Joe Biden had wanted to provide subsidized child care through the Inflation Reduction Act to Americans earning less than $300,000 a year, but it dropped off the table.

What had initially been proposed through the original Build Back Better legislation was an overhaul of the subsidized child care system in the U.S. — something that would have expanded eligibility to more families in a variety of circumstances.

According to Peter Nabozny, director of policy for the Children’s Agenda in Rochester, the proposal would have created evening and weekend child care for families and would have adequately compensated child care providers.

“Ultimately, that did not make the final package,” said Nabozny. “It was a great disappointment to a lot of advocates like me but also to a lot of families across the state.”

In August, the Children’s Agenda released a report on just how devastating the COVID-19 pandemic has been to the child care sector in New York. The study examined programs that were in operation in January 2020 and looked at whether they were still operating in January 2022.  The upshot? One quarter of the state’s providers had closed.