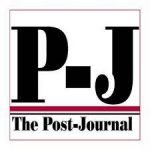 Child care access is expanding across New York state, thanks to funding in the latest budget that was passed earlier this month.

An estimated 380,000 children will now have access to day care, including roughly 3,500 children who were not eligible under previous rules.

“This is economic development. This is a building block for our companies, our ability as a community to succeed in every asset,” state Assembly member Sarah Clark said. “This is literally the fundamental building block of it all, so we have to get it right.”

Among the eligibility changes, parents who are studying are no longer required to work a certain number of hours a week while taking classes in order to qualify for a child care subsidy.

However, children who are undocumented immigrants do not qualify for a child care subsidy.

“I do think this is something we can fix in policy,” Clark said. “If you qualify for child care subsidies in every other regard except that, your child should not be denied child care.”

The New York state budget allocates $343 million toward stabilization grants for providers. Larry Marx, CEO of The Children’s Agenda, noted that 75% of that is intended to increase wages of caregivers.

“This is really about our kids, and as Frederick Douglass famously said, ‘It is far easier to build strong children than it is to repair broken men,’” Marx said. “Lifelong consequences of inadequate child care and early learning include things like everything from teen pregnancy to poor health as an adult to less opportunity in the economy.”

While child care has often been framed as a “women’s issue,” a chronic lack of support for families and a lack of affordable wages for providers has damaged the economy and the workforce since before the pandemic, said advocate and parent Stevie Vargas, who works as the upstate campaign coordinator for the Alliance for Quality Education.

“We have really seen this pandemic really blow the lid off of what has been happening in the childcare sector,” Vargas said. “We always say that it takes a village to raise a child. Our child care providers and our child care educators are a huge part of that village, and what happens when we don’t invest in that sector? We all fail.”

While subsidies can help families access childcare, permanently raising the wages of caregivers is an essential part of the equation, said Assemblymember Jen Lunsford, especially when those same people can find easier jobs for better wages in, say, fast food.

Lunsford’s optimistic that the state is on track to establish higher wages in child care going forward.