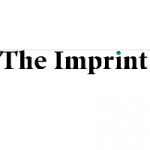 School officials in Rochester, New York voted on Tuesday to station police officers outside the city’s 11 high schools when students arrive and leave their campuses each day.

The move follows a recent spate of post-quarantine violence in the Rochester City School District and a 2020 decision to bar school resource officers (SROs) from the campuses in the wake of international protests over racism and police brutality.

“I actually voted to remove the SROs from our schools last year, but there are two separate issues at play here,” Commissioner Amy Maloy said at the meeting attended in person and online by parents, school staff and local residents. “The violence in our surrounding school neighborhoods and the needs of our students inside of schools.”

Commissioner William Clark agreed, stating that he would “not feel comfortable not voting in support of this” because of the current level of violence.

School district data showed that 902 students were suspended in October, almost half for fighting or aggressive acts. On Nov. 2, 15-year-old Franklin High student Jamere Wade was shot to death off campus, adding to fear and tensions in the city.

The vote Tuesday evening by the Rochester school board allocated $78,210 to the Rochester Police Department (RPD) to station officers outside of high schools for one hour at arrival and dismissal. The agreement covers 30 days, after which the impact of the police presence will be evaluated.

In public comments prior to the board vote, some community members opposed the reinstatement of police in and near campuses. They urged more creative and less punitive approaches, including restorative justice programs and an increase in funding for counselors and social workers. Similar requests have come from a range of community groups, including the New York Civil Liberties Union, The Children’s Agenda, Teen Empowerment, Citizen Action of New York and the Working Families Party.

“It makes no sense for us to be paying RPD twice, first with our tax dollars as Rochester taxpayers, and then again with our school budget to patrol the city streets,” she said at the Tuesday meeting.

Last month, the district’s school employee unions wrote a letter to officials calling for the police presence at arrival and dismissal times to help manage students’ challenging and sometimes violent behaviors on campus. They also sought remote learning options for some students who misbehave.

Reinstating police presence was first considered by the school board at an Oct. 28 meeting, but commissioners delayed a final vote to gather input from parents, Commissioner Clark announced.

School districts in other parts of the country face similar decisions. Schools in northern and southern California have grappled with whether to bring police back on campus — in large part following recent upticks in violence — after previously voting to remove them.

In Rochester, district officials surveyed the opinions of staff and students’ families before voting this week. Superintendent Lesli Myers-Small discussed the survey results Tuesday: Out of the 4,546 responses, 81% of families and 92% of staff voted “yes” to a question about whether the Rochester Police Department should be placed outside of 11 secondary schools during arrival and dismissal times.

At Tuesday’s meeting, Cynthia Elliott, vice president of the school board, asked if the stationed officers would stay in their cars, and was told by the district’s Chief of Operations Michael Schmidt that they would — unless there was an “action of a criminal nature.”

“As students return to school after almost two years of interrupted learning, restorative practice and in-person instruction is critical for our students and staff members who are deeply hurting,” Maloy said. She called for targeted investments and “alternative programming that provides for the unique needs of our struggling scholars.”

In an interview with The Imprint after the Tuesday night vote, Eamonn Scanlon, education policy director at The Children’s Agenda nonprofit, said while his group opposed police presence outside school gates, he acknowledged the feedback provided by parents to school officials.

Scanlon said any safety measures put in place for the rest of the year must be done in consultation with parents. “It really needs to be a thoughtful plan,” he said, “where parents and students have a real voice and vote on what the plan looks like.”