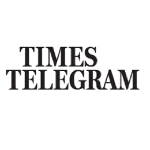 A statewide program that provides key therapies to infants and toddlers who show developmental delays has long been hamstrung by bureaucratic problems.

As a result, many community-based service providers have left the field, which has created an interminable wait for services that are, by definition, needed early in a child’s life.

But advocates say recently passed legislation would help families across New York access key Early Intervention for their kids. The program is supposed to guarantee free, quickly available therapies for children up to the age of 3.

The long-awaited legislation would tax private insurance companies, guaranteeing that they pay about half the $80 million in Early Intervention bills submitted during an average year.

“Many therapists and teachers have left the field because of the challenges of dealing with the insurance process,” said Scott Mesh, executive director of Los Niños Services, a private agency that provides Early Interventions services in Westchester and New York City. “Parents have to wait longer for services for their children and are sometimes not able to get them. This (legislation) would make a tremendous difference.”

Gov. Andrew Cuomo’s media office did not respond to a question from the USA Today Network about whether he plans to sign the bill.

The legislation (A05339/S05560) was sponsored by Assembly member Amy Paulin, D-Scarsdale, who had advocated for it for years, and Sen. Elijah Reichlin-Melnick, D-Nyack.

Paulin said that not all children will receive the prompt services they need unless local providers have some financial stability. The legislation would allow providers to bill the state instead of dealing with insurers directly.

“The providers who take care of little children who need help with speech or walking deserve to get paid,” Paulin said.

Over the last year or so, about 3,000 out of 13,000 providers statewide have stopped providing services, Paulin’s office said.

She said she also urged Cuomo to sign the bill because it would save taxpayers money. Right now, the state and counties pay Early Intervention costs that insurers refuse to pay.

About 70,000 children across New York were eligible for services in fiscal year 2018, the latest year for which the state Health Department has posted a review. That year, about 17% of eligible children did not receive services in a timely manner, mostly due to a lack of providers, the review found.

The pandemic led to further troubles, with about 15% fewer children enrolling for services. The number of children enrolled in the program dropped from 66,244 in 2019-20 to 56,640 in 2020-21, according to the Early Intervention Coordinating Council.

“There are going to be a lot of children with extra needs,” said Christopher Treiber of the InterAgency Council of Developmental Disabilities Agencies. “When they get to school age, they’ll have a higher level of needs than if they had (Early Intervention).”

Shemekia Taylor-Simpson struggled to get private insurance companies to cover various costs, including Early Intervention, for her son, Joshua Simpson, 2. Josh, who was a “micro preemie,” born at just 24 weeks and 1 day, weighed just 1 pound, 5 ounces at birth. He spent the first 15 months in the hospital. Since August 2020, he’s received various therapies multiple times a week at Los Niños in Hawthorne.

Taylor-Simpson said because of Josh’s critical needs, he’s now enrolled in Medicaid, which paved the way for quick and complete access to Early Intervention services. “How do you expect him to reach his potential,” Taylor-Simpson asked, “without EI?”

As Taylor-Simpson knows, the extra cost from delayed therapies goes beyond monetary.

“The brain development at the earliest time is going to be the most beneficial for the child,” said Connie Deberbian, a physical therapist at Los Niños in Hawthorne. “Also, the thought of getting anybody prepared for preschool so there’s no difficulty with socialization, learning with others, being able to follow a teacher’s instructions and being able to safely move in his environment and being able to play with his friends.”

Early Intervention is designed to give services as early as possible to children 3 and under who show various delays. The idea is to give them the best shot at success in school and to head off the need for more expensive services down the line.

Children are typically sent for an evaluation if a parent or physician notices a delay —usually developmental, physical, cognitive, communication or social-emotional delays.

Counties lead the creation of plans for each child eligible for services. Common services provided to youngsters include speech, occupational and physical therapy, family counseling, and nursing services.

The program has few public detractors. And yet, it has long been riddled with funding and organizational problems, making it a challenge for community-based providers to survive financially.

The major problem, advocates say, is that the state sets reimbursement rates for Early Intervention services in each county and hasn’t raised them since at least 2011. Some rates were cut around 2010 and are now lower than they were during the 1990s.

“This pattern of inadequate compensation has led to a critical shortage of EI providers, which has resulted in delays in service delivery across the state,” Brigit Hurley of The Children’s Agenda, a statewide advocacy group, told the state Legislature during a February testimony.

But a second, less publicized, challenge has been that private insurers usually refuse to pay their portions, forcing the state and counties to pick up unpaid costs and causing long delays in payments to local service providers.

While private insurers in New York only pay about 15% of claims for Early Intervention services, Medicaid, for those families who are eligible, pays about 75%.

The New York Health Plan Association, which represents health insurance providers, opposed the bill on the grounds that it would increase costs for employers that provide insurance and drive up premiums. The group, in its memorandum opposing the legislation, said it would “blur the line of what has traditionally been covered by health plans by requiring payment for services that are largely developmental or educational in nature.”

In a separate memo, the Health Plan Association acknowledged the “critical importance” of Early Intervention in helping young children reach their full potential. It also said, though, that the state needs to assess whether service providers are using evidence-based practices.

Since 1986, federal law has required timely services for infants and toddlers. New York state developed its Early Intervention program, administered by the state Health Department, to meet this requirement.

When children receiving services reach the age of 4, their school district picks up the case but usually outsources services to community-based providers. Schools begin to provide their own services with kindergarten.

“This is a critical step in ensuring that children receive the care that they need as soon as possible,” he said.