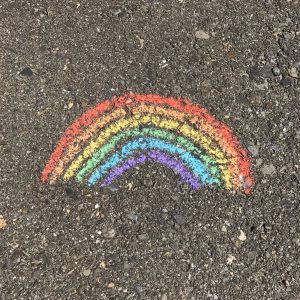 For children and youth still developing physically, intellectually, emotionally and socially, nothing is more fundamental to a sense of personal identity than sexual orientation and gender expression.  The social signals children get about their identity, particularly from close family and friends, but also from the worlds of schools, sports, religion, medicine, popular culture, public authority figures, the news (etc.), can either support or undermine a budding sense of personal identity.

In 2014, the usually private Apple CEO Tim Cook became the first openly gay CEO of a Fortune 500 company.  He said “I’m very proud of it.”  Being gay is “God’s greatest gift to me.”  It’s worth quoting Cook at length:

“What was driving me was [that] I was getting notes from kids who were struggling with their sexual orientation. They were depressed. Some said [they] had suicidal thoughts. Some had been banished by their own parents and family.  It weighed on me in terms of what I could do. Obviously I couldn’t talk to each one individually that reached out, but you always know if you have people reaching out to you that there’s many more that don’t, that are just out there wondering whether they have a future or not, wondering whether life gets better … From there I really decided.”

Tim Cook came out as if to say “you are here, with me,” to children on the rainbow – a symbol for Lesbian, Gay, Bisexual, Transgender and Queer identity that is so wonderfully apt.  Humanity is a wide, colorful spectrum of differences and identities.

The depressing fact is that, rather than feeling like “God’s greatest gift,” LGBTQ youth have higher rates of mental health issues than people in the general population.  According to the National Alliance on Mental Illness (www.nami.org), “LGBTQ individuals are almost 3 times more likely than others to experience a mental health condition such as major depression or generalized anxiety disorder. This fear of coming out and being discriminated against for sexual orientations and gender identities, can lead to depression, posttraumatic stress disorder, thoughts of suicide and substance abuse.”  Research shows that these mental health challenges are associated with environments, such as levels of family acceptance and bullying. The problem is not anyone’s identity – it’s the reception to it.  It’s not being LGBTQ, it’s the stigma and discrimination.

And in the wake of COVID, the economic downturn and fresh incidents of racial injustice, there is a tsunami of children’s mental health needs crashing on the shores of every community.  Colorado Children’s Hospital even recently declared a “youth mental health emergency”.

Even before the pandemic, in the 10 years leading up to 2017, increasing numbers of all Monroe County youth were reporting not going to school on one or more days in the past month because they felt unsafe, feeling sad or hopeless, and seriously considering suicide.

Every month is a month children should feel proud of who they are.  Pride – and affirmation – truly saves lives.  As President Barack Obama said, “When all Americans are treated as equal, no matter who they are or whom they love, we are all more free.”  From all of us at The Children’s Agenda, Happy Pride Month.