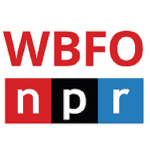 The Childhood Poverty Reduction Act passed overwhelmingly during the state legislative session that wrapped up this week. Now, local leaders are urging Gov. Andrew Cuomo to sign it.

If signed, it would make New York the first state in the nation with a law stating that it intends to cut the child poverty rate in half within 10 years. It would also create a council to make recommendations on how to achieve that goal. Lawmakers and the governor would decide if or how to implement the proposals.

Larry Marx, CEO of the nonprofit The Children’s Agenda, is a big proponent of the measure. He says it often takes the government to kickstart social change.

“This isn’t rocket science,” said Marx. “It’s public policies that are the biggest lever to lift families out of poverty.”

If this sounds familiar, that’s because the council’s structure is similar to other efforts to curb poverty, like the Rochester Monroe Anti-Poverty Initiative, which has had mixed results.

Marx said he understands why people would doubt that another board would make a difference. But he said government works best when it works toward lofty goals.

“There has been a very successful strategy (for) decades in government to throw your hat over the garden fence and climb over to get it,” said Marx. “There is a power in codifying law…an official goal that makes the state accountable.”

Assemblymember Harry Bronson agreed that accountability is the difference between this and other anti-poverty efforts.

“There’s reporting mechanisms, there’s analysis that will be done, and there will be a check to see if we’re actually moving toward reaching that goal,” Bronson said. “We’ve not done this before. The only other example I’m aware of, since I’ve been in the state legislature, and was a part of, is to end the AIDS epidemic by 2020.”

Bronson said the bill’s support within the government, and by the more than 60 nonprofits that backed it, makes its goal of alleviating poverty possible.

“The commitment is there,” said Bronson. “There are so many of us who either have lived it ourselves or we see it in our communities.”