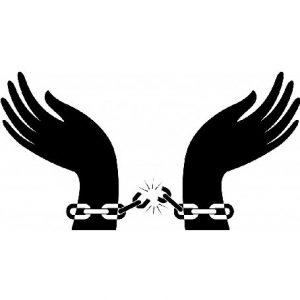 I’ve always been in awe of the fact that Juneteenth celebrates the symbolic last moment of freedom for enslaved Black people in this country, rather than the first moment.  The first moment, of course, was President Lincoln’s Emancipation Proclamation, an earthquake in human history, a cunning tactic to win a war (it didn’t apply to border states in the Union itself, only Confederate states), a terrible compromise, and a stroke of divine justice.  As celebrations go, we usually celebrate the first time something happens in a life-cycle, like birthdays, weddings, graduations, New Year’s Eve, etc.  The culture in our country is typically based on honoring the new and shiny, forgetting or even forsaking whatever is older and past.

But just like the warrior ethic taught in U.S. military leadership classes and expressed in the Latin phrase “nemo redio,” Juneteenth honors the ethic of leave no one behind.  And so the holiday that honors freedom for Black people in this country is based on the premise of the last, not the first.  It’s a celebration of survival, not birth; a testament to literally outliving and outlasting adversity, not succumbing to false notions that the mere announcement of change or its first-ever appearance is the change itself.  The change itself is always in a perpetual state of becoming, like life itself; it has never completely arrived.

As we know, Juneteenth is the date in 1865 when the last enslaved Black people (in Galveston, Texas) heard the good news that the war was over and they were — legally, technically — free.  This date was, of course, two months after the war itself had ended, and fully two years after the Emancipation Proclamation.  That’s not a metaphor for how fast good news travels compared to bad.  But it is a metaphor for leaving no one behind.  Juneteenth is a celebratory statement about the unfinished business that freedom was then and that freedom is now.   As Emma Lazarus, the poet who’s other writing (“The New Colossus”) adorns our Statue of Liberty wrote, “Until we are all free, we are none of us free.”

The Children’s Agenda has twelve paid holidays for our staff, ten of them on fixed dates that are the usual you would expect (New Year’s, Independence Day, Thanksgiving, MLK Day, etc.).  Last year we added Juneteenth as a paid day off.  I can’t think of a better way to honor our mission, which always lies ahead of us, inspiring and daunting, incomplete and tantalizingly near.  Children are the most amazingly resilient, ever-growing, ever-green “unfinished business,” all still becoming and still arriving, that the human race witnesses in common.  Children are the atomic essence of freedom, both the promise of what’s to come, and the reminder of what we must live up to as adults.  The Juneteenth holiday, in its incredible specificity as a testament to Black freedom and the end of slavery, is a wonderful beacon — no less than the Statue of Liberty — to hold up for our children, and for The Children’s Agenda.  Without honoring the past, we cannot honor what is yet to come:  all the unfinished business of freedom.

One of the last albums of the great Solomon Burke had a song titled “None of Us Are Free:” 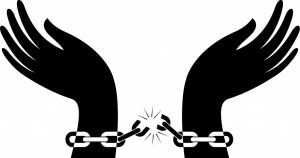