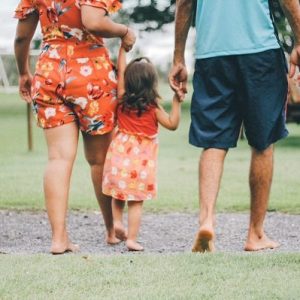 By Brigit Hurley, Sr. Director of Advocacy and Program, The Children’s Agenda

The New York State budget process has reached the final negotiation stage, with the April 1st deadline fast approaching.  We are amplifying our message through communications with legislators, Senate and Assembly leadership, and the Governor via calls, emails, social media, and virtual events.

Here’s where we stand on our state budget priorities:

Child Poverty – We continue to seek sponsors and support for the Child Poverty Reduction Act (S.2755/A.1160), introduced by Assemblymember Harry Bronson.  If the provisions of this bill are not included in the final NYS budget, we will pursue its passage in the post-budget legislative session, April – June.  This legislation would have New York publicly commit to cutting child poverty in half in ten years, with attention to racial equity, and require a plan to reach this goal and regular assessment of progress toward the goal.

We have also joined with the Robin Hood fund and fellow advocates to press for reducing child poverty through revisions of the New York State Empire Child Credit.  This proposal will benefit 72,000 children who are not eligible for the federal American Rescue Plan’s expansion of the Child Tax Credit.  Senator Jeremy Cooney is co-sponsoring this legislation (S.5866/A.3146-A) that will 1) eliminate a longstanding exclusion of children under age 4; 2) make the state credit available to families with little or no income, and 3) continue to offer the credit to children without Social Security numbers (a longstanding strength of New York’s child tax credit).

Early Childhood Developmental Services – We are pushing hard alongside our partners in the Kids Can’t Wait statewide campaign for passage of a $40 million Covered Lives assessment (A.5339/S.5560A).  This bill, co-sponsored by Senator Samra Brouk, would bring additional revenue into Early Intervention (EI) program by ensuring that commercial insurers pay their fair share of Early Intervention services.  We recommend that the added revenue be used to increase reimbursement rates to help reverse the shortage of EI therapists and providers.  Support for this assessment has grown significantly this year and we hope it will be included in the final budget.

Education – The Assembly and Senate support a three-year phase-in to fulfill the state’s obligation to fully fund chronically underfunded schools by 2023-24 (Foundation Aid).  The Governor did not propose an increase in Foundation in the Executive budget.

Join us today and weigh in with your elected officials by signing up here for our online Advocacy Network.