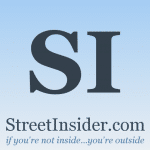 (GLOBE NEWSWIRE) — Robin Hood, the largest poverty-fighting organization in New York City, held a press conference with elected officials and advocates calling for the immediate and permanent expansion of the Empire State Child Tax Credit (ESCTC) to confront a crisis of poverty in New York that has left nearly 1 in 4 New York children living in poverty.

While the American Rescue Plan will help address New York’s child poverty crisis, its provisions are temporary and exclude 72,000 children across the state, particularly those with an undocumented family member. The coalition, which included United States Representative Ritchie Torres, New York State Senator Jeremy A. Cooney, and the New York State American Academy of Pediatrics have called on Albany to expand the ESCTC, which would offer direct relief to 107,000 excluded children and impact 2.1 million New York families who stand to lose benefits upon the expiration of the Rescue Act.

“While the American Rescue Plan marks a tremendous step towards reducing child poverty across the country, it is not a failsafe method for New York families hit hard by the COVID-19 pandemic as it excludes immigrant families – many of whom would benefit from this the most,” said Wes Moore, CEO of Robin Hood. “To ensure that we are not taking a step forward only to step back, it’s critical that we enact legislation that works for the benefit of all New Yorkers in need – not just for now, but for good.”

“As far as I’m concerned, the expanded child tax credit is the greatest progressive achievement since the Affordable Care Act. The expanded child tax credit will do for children what social security and Medicare did for senior citizens,” said Ritchie Torres, House Representative. “It will end extreme poverty for the most vulnerable Americans, lifting millions of children above the poverty line. I truly believe there is no single policy that would do more to lift the South Bronx out of poverty than an expansion of the child tax credit.”

“I represent a city with the highest percentage of child poverty in the state. It is time to take action and address the structural inequities that cause child poverty across New York,” said Senator Jeremy Cooney, the bill sponsor in the State Senate. “The Empire State Child Tax Credit will immediately impact over 20,000 children in Rochester. Through this legislation, we can finally deliver progress in our fight on behalf of the most vulnerable New Yorkers, our children. Thank you to Assemblyman Andrew Hevesi for his leadership on this issue and for our champions at the federal level. Together, we can help ensure that New York families do not have to struggle to keep their children safe and healthy.”

“Washington has stepped up for New York’s children in a big way, and the American Rescue Act will lift thousands of children out of poverty – temporarily – during 2021. This year’s NYS budget needs to lift up immigrant children left out of federal relief and, going forward, make sure all New York children have the resources they need to thrive. Schuyler Center urges New York leaders to strengthen the child tax credit in the budget, with special attention to children left behind in the federal plan,” said Kate Breslin, President and CEO of the Schuyler Center for Analysis and Advocacy.

“I am grateful to our congressional partners for all that was included for New York State within the American Rescue Plan, however our state has an obligation to fill any gaps and build upon the expansion of the Child Tax Credit outlined in the American Rescue Plan. Our proposal would immediately expand New York’s child tax credit to provide children in low-income families left out of the American Rescue Plan a credit of $1,000 for younger children (under four years of age) and $500 for older children (4-17) and make the expansions in the American Rescue Plan permanent. I am extremely grateful to Senator Jeremy Cooney for leading this effort in the Senate, Congressman Torres for advancing this issue, and to Robin Hood and Schuyler Center for their advocacy, as well as to all those who joined us today and to those that could not attend but have been supportive of this effort,” said Assemblyman Andrew Hevesi, Chair of the Children and Families Committee.

The press conference follows a letter sent to Albany legislators on March 11 by Robin Hood, the Children’s Defense Fund of New York, the New York State American Academy of Pediatrics, the New York Immigration Coalition, and others urging expansion of the ESCTC to include a credit of $1,000 for younger children (under four years of age) and $500 for older children (4-17).

“We have come together today to speak up for the 72,000 children in families across New York State who are struggling to survive the economic, health and social struggles the COVID epidemic has imposed. These families cannot access federal programs, or even our state programs that provide crucial financial support to help families care for their children in this most difficult time,” said Dr. Benard Dreyer, representing the New York State Academy of Pediatrics. “I know these families, as do many other pediatricians across New York. I have worked with them to try to find the resources they need to survive. Many are barely scraping by with limited help from social service agencies and religious organizations. These families are used to working, yet they cannot access any programs meant to help families survive hard times. Passing this legislation will give the families of these 72,000 children the hand up that they so desperately need now. We urge our leaders in the Assembly and the Senate and our Governor to come together on behalf of the 72,000 children who so desperately need our help. Include S.5866 (Cooney)/A.3146-A (Hevesi) in the New York State 2021 Budget to ensure all of NY’s low-income children receive some cash support through the Empire State Child Credit.”

“The evidence is clear and unsurprising that children benefit most from tax credits that boost the income of low-income families,” said Larry Marx, CEO of The Children’s Agenda. “There is nothing natural or inevitable about the fact that nearly 1 out of every 2 children (22,000) in Rochester live in poverty, or 1 out of every 5 (32,000) in Monroe County. Most importantly, the children who will gain the most from these improvements in the federal and state child credits come disproportionately from Black families (4 times more likely to experience poverty in our region) and Latinx families (3 times more likely) left out by the inadequacies of the old credits. The Children’s Agenda applauds Sen. Jeremy Cooney and Assembly Member Andrew Hevesi for filling gaps in the recent federal changes and extending the Empire State Child Credit to benefit all children in New York State.”

“Now more than ever, New York cannot afford to leave any of its children behind – particularly those who are most marginalized and have already suffered disparately during this pandemic. As strong advocates for vulnerable New York children and families, the Children’s Defense Fund – New York (CDF-NY) urges the State Budget to expand the Empire State Child Credit to support immigrant children left out of the American Rescue Plan’s child tax credit expansion – and to make this expansion permanent for all of New York’s low-income children,” said Kimberley Chin, Acting Executive Director of Children’s Defense Fund – New York.

“The pandemic has pushed so many of New York’s children into poverty, exacerbating pre-pandemic inequities that were already almost unbearable for families from low-income backgrounds and Black families. It’s increasingly true that some New Yorkers are at a greater disadvantage than others, and the proposed expansion of the Empire State Child Tax credit will provide families and children with a bit of relief. We are in a critical moment. We must take this and other action to build long-lasting support for families who need it most, and change the trajectory of our children’s lives,” said Dia Bryant, Interim Executive Director of EdTrust–NY.

“In New York there are over 800,000 children living in poverty, and far too many of them face barriers every day despite having parents and caregivers who work. We applaud the bold steps taken to reform the Federal Child Tax Credit, creating a child allowance which is estimated to cut child poverty by nearly 45% nationwide, and we look forward to working with congressional leaders to make the child allowance permanent,” said Jennifer March, executive director of Citizens’ Committee for Children of New York. “New York’s leaders have the opportunity in the FY 2022 budget to build on the steps taken by the American Rescue Plan by expanding the Empire State Child Tax credit to include the 72,000 New York children who will not benefit from the federal credit, many of whom are Dreamers who did not receive DACA and many are children of essential workers. Doing so would be a monumental step in NY’s efforts to increase economic mobility and reduce racial inequalities.”

About Robin HoodFounded in 1988, Robin Hood finds, fuels, and creates the most impactful and scalable solutions lifting families out of poverty in New York City, with models that can work across the country. In 2020, Robin Hood invested nearly $200 million to provide COVID relief, legal services, housing, meals, workforce development training, education programs, and more to families in poverty in New York City. Robin Hood tracks every program with rigorous metrics, and since Robin Hood’s Board of Directors covers all overhead, 100 percent of every donation goes directly to the poverty fight. Learn more at www.robinhood.org.