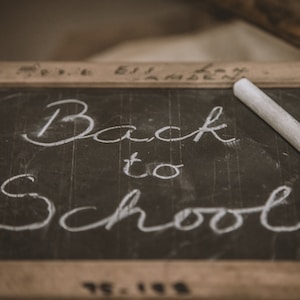 by Eamonn Scanlon, Director of Education Policy, The Children’s Agenda

Thursday, February 25th will be the first time in over twenty years that Rochester City School District (RCSD) high school students will be returning to the classroom without armed police officers present. These police, known as School Resource Officers (SROs), were eliminated in the 2020-21 Rochester City Budget back on June 16, 2020.

As a member of the Community Task Force on School Climate, The Children’s Agenda, in partnership with dozens of other organizations, advocated for this change to remove police last school year. On Wednesday, February 17th, Eamonn Scanlon, TCA’s Education Policy Director, appeared on Connections with Evan Dawson to discuss why SROs were removed and why other districts in Monroe County should follow RCSD’s example. To listen to the show click here.

We know of incidents of students as young as 7 years old being led out of school buildings in handcuffs at the RCSD. A publicly available security report from 2018 details multiple incidents where students were restrained in handcuffs and pepper-sprayed, including one incident where no physical altercation took place. The permanent presence of armed police on school grounds may unintentionally lead to the criminalization of youth for normal adolescent behavior. This is part of what is called the school-to-prison pipeline (Read more about that here). Students of color are pushed out of school and toward incarceration through exclusionary discipline and forced interactions with the criminal justice system.

The students who are detained and arrested by police are disproportionately black males and students of color. A report by the New York City School-Justice Partnership Task Force from 2012, found black students in NYC public schools were 14 times as likely to be arrested as their white peers. Studies from other states like Connecticut and Alabama have shown similar disproportionate arrest rates by race when SROs are present.

From a research perspective, there is no consensus on whether or not the presence of police in schools makes them safer, and in fact, some studies suggest the exact opposite. One recent study published in the Journal of Policy Analysis and Management by Dr. Emily K. Weisburst from UCLA showed that grants to hire more police officers in Texas high schools and middle schools were associated with a 6% higher rate of disciplinary incidents, a 2.5% decrease in graduation rates, and 4.5% decrease in college enrollment compared to similar students at other schools.

Keeping students safe, and helping them thrive academically, are top priorities for every school district. There is no clear evidence the presence of armed police officers on school grounds contributes to either of these goals and some evidence suggests the opposite. Most concerning, SROs contribute to the school-to-prison pipeline which pushes black students and students of color out of school and into prison.

The Children’s Agenda, along with our allies on the Community Task Force on School Climate will continue to push for police-free schools across New York State.