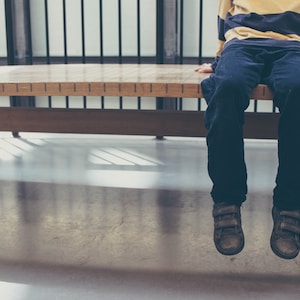 Looking up from last year’s nadir of crises (the pandemic, economic downturn, and racial injustice), we see some newly visible ripples of light and hope. At The Children’s Agenda, we are raring to go to turn those ripples into a sea change for children.

Nationally, the new Administration has proposed policies to reduce childhood poverty: expand the Child Tax Credit, raise the dependent care tax credit, and make it refundable. Researchers at Columbia University estimate that these proposals will cut child poverty in half.  President Biden has recognized in his proposals that “build back better” means fully investing in our child care system and repairing public education.

At the state level, Governor Cuomo has made encouraging budget proposals to increase internet access for low income families and to reduce fees charged to low-income working parents for child care. Of the 44 new members in the State Senate and Assembly this year, our local delegation stands out as younger and more diverse, more collaborative and more activist on children’s issues than ever before.

The dean of our local delegation, Assemblymember Harry Bronson, is chief sponsor of a bill to set an official goal to cut child poverty in half in 10 years in New York State. Sarah Clark, Demond Meeks and Jen Lunsford are all newly elected local champions serving on the Assembly Children & Families Committee. Senators Jeremy Cooney and Samra Brouk are newly elected champions dedicated to improvements in PreK-12 education. And newly elected Assemblymember Josh Jensen personally knows the value of and the need to strengthen our early intervention services for children showing delays and disabilities.

The pandemic opened up a deep, gaping hole of need and injustice – and just further exposed others — like the health and economic harms from systemic racism, and the fragility of our society’s systemic supports for families with children. It will take a sea change to not only repair but improve on the status of children in our country today. Work with The Children’s Agenda this year and let’s make those waves – together.

“Hope isn’t an abstract theory about where human aspirations end and the impossible begins; it’s a never-ending experiment, continually expanding the boundaries of the possible.”
― Paul Rogat Loeb, The Impossible Will Take a Little While: A Citizen’s Guide to Hope in a Time of Fear