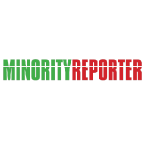 Saying that he is fortunate to go to a warm home where there is dinner every night, 16-year-old Isaiah Santiago expressed the desire to help others at least have a Thanksgiving meal.

Santiago, an advocate and activist with Save Rochester – Black Lives Matter, asked the community to contribute to the organization’s Thanksgiving food drive.

“I’ve seen people that have to lay in a tent overnight,” said Santiago, a student at School of the Arts, at a news conference Oct. 29 outside City Hall. “I’ve seen people under the highway that have to sleep there and that’s what they have to call their home. That’s not right. It’s time for the community to stand up and say we’re going to make a difference. They’re human, also.”

Santiago and Mikey Johnson, organizer of Save Rochester, called on Mayor Lovely Warren and City Council President Loretta Scott to support efforts of young people such as Santiago. Save Rochester announced a food drive at 4 p.m. Nov. 7 at 194 Smith St. Donations of nonperishable food or money to buy turkeys will be accepted.

“Mayor Warren has for many years to distributed Thanksgiving meals, including turkeys and sides, to hundreds of residents in need each year,” spokesman Justin Roj wrote in response to a request for comment.

“This partnership is done in conjunction with numerous community groups, churches and local chapters of the “divine nine.” All of this is done without the use of tax dollars. She is also grateful for the many civic organizations that do similar efforts throughout the year and certainly welcomes any of them to reach out if they would like to expand their efforts or assist hers.”

An email to City Council seeking comment from Scott was not immediately answered.

Johnson used the approaching Thanksgiving holiday to underscore the effects of poverty on Rochester’s children. He cited data from the Children’s Agenda about Rochester’s high rate of childhood poverty and he called it a black lives matter issue.

“What does child poverty look like to many of us,” Johnson said. “Tattered clothes, or children with no nutritious food. Maybe children with five or more siblings surviving in a single parent household.”

He said children who live in poverty are there through no fault of their own. “It is an uphill battle to obtain the American dream taunting children once they are born into poverty.”

“I know if it was to rain and … freezing wind would come right after, I could give a call to my mother and she’ll pick me up, take me to my home where I can go to my room and get on warm clothes,” Santiago said. “I can’t say that without thinking … about people who won’t be able to come home tonight, who won’t be able to change into warm clothes. … There are people in poverty who cannot eat dinner today, scared what their children will eat tomorrow.”