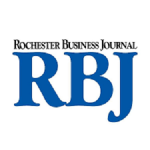 Legislation has been introduced by Assemblyman Harry Bronson, D-Rochester, and Rep. Jessica Ramos, D-Queens, to reduce child poverty statewide by 50 percent over the next decade.

The “Childhood Poverty Reduction Act,” if passed, would be the most significant commitment of any state nationwide codifying into law a childhood poverty reduction goal. Children’s advocacy groups that are part of a statewide antipoverty coalition partnered with state officials and community partners on Thursday to announce the proposed legislation. “Poverty is not destiny,” said the Children’s Agenda CEO Larry Marx. “It’s a moral outrage that a state as wealthy as New York has as many children living in poverty as we do; cutting that in half over 10 years is entirely realistic. England did just that from 1994 – 2008, and they did it with tax credits, expanding childcare, Pre-K and home visiting programs for low-income and working families. The public policy decisions New York state makes or fails to make in these same areas from now until 2030 will determine the trajectory of the health, education and success for hundreds of thousands of this generation’s children.”

During Thursday’s event, advocates asked political candidates to sign a pledge to support the legislation and for elected officials to co-sponsor it and act immediately to take steps to reduce child poverty statewide. In addition, advocates outlined ways the community can support the Child Poverty Prevention Act, including joining the Children’s Agenda’s Advocacy Network.

Nearly 3 million New Yorkers, including 895,000 children, live in poverty. One in five kids statewide struggles to meet basic needs. The issue has been compounded by COVID-19 and the resulting economic downturn, plunging an estimated additional 325,000 New York children into or near poverty between March and July, according to the United Hospital Fund. Rochester stands as the city with the 3rd highest child poverty rate of any nationwide.

“The effects of child poverty on health are pervasive and begin at birth and continue into adulthood and retirement age,” said Patrick Brophy M.D., chair in the Department of Pediatrics at University of Rochester Medical Center. “Low-income children are at greater risk of suffering from low birth weight, asthma, hypertension and obesity. Lack of adequate care means chronic health conditions worsen and children aren’t able to thrive at school, furthering the gap between rich and poor.

“We fully support assembly member Bronson’s commitment to providing the resources and support for low-income families and children to live healthy and secure lives.”

The Child Poverty Reduction Act would establish a Child Poverty Reduction Advisory Council tasked with developing a plan to cut New York’s child poverty rate in half over 10 years. The Council would explore expanding specific policies, making new recommendations and releasing reports to make sure that New York meets its goal. The Council would develop and publish a timeline with yearly benchmarks.

Policy proposals reviewed by the Advisory Council will include, but will not be limited to:

The legislation also would require an evaluation of the effects that any adjustment or reduction by the director of the budget will have on child poverty and requires the evaluation to be made available to the public.

“I grew up in a family of 12 children in a rural town outside of Binghamton,” Bronson said. “My mom and dad both worked full-time jobs and worked the family farm to provide for our families. We barely had two nickels to rub together, so I have a real-world experience of dealing with poverty. Whether rural or urban poverty, we know the detrimental effects of living in poverty can last years, if not a lifetime; this is especially true for children who are raised in poverty.

“But fortunately, we also know that we can take steps today to help lift families up out of poverty and into a brighter future,” Bronson added. “That’s why I’m proud to join my colleague, Sen. Ramos, in sponsoring legislation that will put strategies in place to reduce childhood poverty by 50 percent in five years. The Childhood Poverty Reduction Act will help our families here in Rochester and throughout New York State.”