Rochester City School District officials have to bridge an $81 million gap in its budget for the upcoming academic year, which means cuts are inevitable.

In a report released Thursday, The Children’s Agenda, a local advocacy group, called on the district to make sure that those cuts don’t fall on the backs of its most vulnerable students, such as special education students and English language learners, by eroding or dismantling programs that provide intensive but needed services. 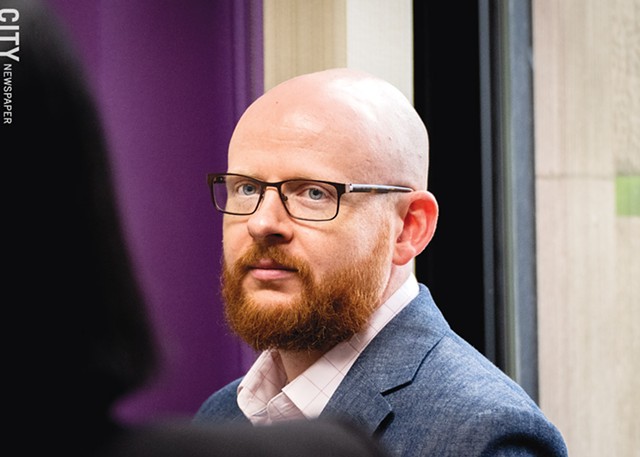 The problem rests, in part, on the state not adequately funding school districts across New York, including Rochester, said Eamonn Scanlon, education policy manager for the Children’s Agenda. But the district has to make the most effective use of the resources it has.

“No matter what, these cuts are going to be painful and harmful to students’ education,” Scanlon said. “And it’s not that the district can somehow only cut at central office or only cut transportation. There’s no magic trick here, no matter what they do it’s going to reduce services for kids and kids are going to feel negative effects from this. It’s really just about what is the most equitable way to do this and what preserves to the best extent possible programs that are working and are evidence based.”

District spokesperson Carlos Garcia said that he had not seen the report and noted that district officials are still learning details about their financial picture, which changes daily.

“The district will not be commenting on outside entities when they clearly do not have the latest information,” Garcia said.

The Children’s Agenda’s report is based on Superintendent Terry Dade’s initial 2020-21 budget proposal, in which he aimed to bridge an estimated $61 million shortfall, which the district has subsequently revised that number upward to $81 million.

Dade’s plan, which he presented to the city school board on March 26, called for eliminating 236 positions in the district, including 193 teachers. It would also close programs for teenage moms and international students, and trimmed special education and social emotional support.

Dade released that tentative plan just as the state entered a coronavirus-induced economic freefall and said he intended to amend it. He factored in a $4 million increase in state aid, but the recently-passed 2020-21 state budget holds school aid flat across the state.

RELATED State bails out RCSD with $35M, district will get fiscal and academic monitors

Now, Dade said, he has to go further with cuts. His latest proposal, which he’ll present at a hearing on April 14, may also propose closing schools and laying off more staff, including teachers.

“There’s only so many areas that we can look at, with a deficit of that magnitude, to not nickel and dime, but actually get to the numbers that we need for a balanced budget,” Dade said during an interview with WXXI News.

That reality has only amplified The Children’s Agenda’s concerns, Scanlon said.

The organization is particularly concerned about a plan to cut at least 31 social workers who provide legally-required psychological counseling services to students. It’s also concerned with special education teacher and aide cuts, because those could interfere with the district’s ability to comply with special education students’ individualized educational plans, or IEPs.

“Those have been areas of progress for the district in the past three years, five years really for school climate, and they’re really endangering that success,” Scanlon said.

The Children’s Agenda offered some suggestions for how the district, and city government, could “minimize harm” as officials work through the budget. The group called on the district to restore as many social workers, special education, and English for speakers of other languages staff and teachers as possible.

Its report also suggests a few actions the district and city government can take to free up resources. It recommends that:

The district will hold its second public hearing on the 2020-21 budget proposal via webinar at 5:30 p.m. on April 14. The Children’s Agenda is encouraging parents and community members to submit comments to the board in advance of that meeting, that way the commissioners have community input to guide their decisions. The board accepts comments at boardofeducation@rcsdk12.org.

“They still have an opportunity to influence the budget,” Scanlon said.

Jeremy Moule is CITY’s news editor. He can be reached at jmoule@rochester-citynews.com.