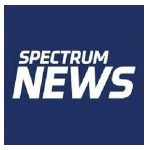 A Rochester non-profit, dedicated to speaking for some of Monroe County’s most vulnerable residents, went before the legislature Thursday evening to present a “report card” on how it believes the county’s 2020 budget will serve the children who live there.

The director of The Children’s Agenda, Brigit Hurley, told the legislature what she both liked and disliked about the proposed 2020 budget.

According to Hurley, she’s hoping the county can take more of a leadership role going forward to assist children.

“We would like the county to conduct a racial equity impact assessment,” Hurley said. “Simply look at the programs their funding and identify where there might be some implicit bias or institutional racism built in the policies.”

Legislators on both sides of the aisle heard the report and say they recognize the importance of The Children’s Agenda.

“We are bound by law to some of the regulations of early intervention. What we got praise for tonight was for the 15 percent increase that we gave through our special ed pre-school programs,” said Mike Zale, a Republican Monroe County legislator for District 20.

“The things they’ve said are things that I generally agree with. They take a look at the budget as it relates to children’s and families and how they’re impacted by the decisions the county makes and we spend our money,” said Vince Felder, a Democratic legislator for District 22.

Hurley hopes the county’s new administration will prioritize legislation that impacts children in the future.