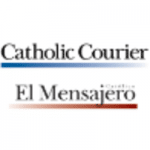 As the Nov. 5 general election draws near, local Hispanics are being encouraged to get out and exercise their right to vote.

“Local and regional elections are often decided by just a few thousand votes, sometimes only a few hundred,” he said. “These (general) elections matter, because they impact things like housing, local taxes, transportation, access to social services and policies on criminal justice in the neighborhoods we live in.”

For example, on Nov. 5, voters in the City of Rochester will elect city council members and members of the Rochester City School District Board of Education.

Although it won’t count, voters also will see a referendum on the ballot to approve the establishment of an independent Police Accountability Board to investigate cases of alleged police misconduct.

Last month, the Rochester Police Locust Club filed a lawsuit against the City of Rochester, Mayor Lovely Warren, city council and the Monroe County Board of Elections to block the referendum. On Sept. 25, Monroe County Court Judge John Ark placed a temporary hold on the referendum, which means the referendum cannot be voted on until court matters have been resolved.

Since ballots had already been printed — and in some cases distributed — prior to Ark’s ruling, the referendum will still appear on the ballot, the votes will not be counted, according to Ark.

In response to the lawsuit, PAB Alliance, an advocacy group supporting the establishment of an independent review board, has been canvassing around Webster Avenue and hosting informational meetings to inform the community about the legislation and its current standing.

“The Police Accountability Board referendum campaign will not be stopped by this lawsuit! The campaign continues!” the alliance said in a Sept. 25 press release. “We are confident we will win on appeal in early October, and the referendum will resume.”

According to the PAB Alliance’s Facebook page, the appeal was to be heard Oct. 17, and canvassing efforts were to continue every Saturday for the rest of the month.

In addition to the PAB referendum, voters also had expected to see a referendum on the ballot pertaining to proposed state governorship of the Rochester City School District.

City council had passed the proposed referendum in August. However, the New York State Court of Appeals deliberated Sept. 4 and ruled that the RCSD will continue to be overseen by the board of education. As a result, there will be no state takeover of the RCSD for the foreseeable future.

Even though the PAB and RCSD referendums will not be voted on Nov. 5, Scanlon said it is still important for Latinos to go to the polls. He said there are other important elections taking place this year, such as for Monroe County district attorney and Monroe County executive.

“If Latinos do not vote in these elections, then local politicians will not focus on issues important to the Latino community,” he remarked. “Local elections are where a few hundred votes really can be the difference between winning and losing, and that is why local politicians care about every vote.”

Of the more than 200,000 residents in the Rochester area, a little more than 60,000 are Latino individuals, according to U.S. census data. New York state’s Hispanic population accounts for 4 million of the nation’s total number of Hispanics, ranking fourth among states with the largest number of Latino residents.

At a population size of 59 million, Latinos are the largest minority ethnic group in the United States. Half of that population is eligible to vote, but only 11 million are registered to do so, according to data from the Pew Research Center.

As the Hispanic population and the population of other ethnic groups grows in the long term, these groups will account for a third of eligible voters in next year’s presidential election, the largest share of nonwhite voters ever, according to data from Pew.