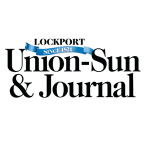 ALBANY — The second floor of the New York State Capitol is bustling as the governor works on his budget proposal, due in January.

The legislative session may still be a season away, but lobbyists are already stalking the halls and pitching their funding priorities to Democratic Gov. Andrew Cuomo, who has broad power over the state’s $175.5 billion spending plan.

Lawmakers will be preparing their own budget proposals. In New York, those often include sweeping policy proposals, with the governor and top legislative leaders — all Democrats — negotiating the biggest decisions behind closed doors.

The legislative session convenes Jan. 8. Lawmakers facing June primaries hope to finish most of their work early in 2020 so they can have time to campaign. The legislative calendar pegs the last day of the 57-day session as June 2, compared with June 19 this year.

WHAT WILL BE IN CUOMO’S BUDGET?

Lobbyists for the state’s biggest advocacy groups — from unions to environmental nonprofits — are meeting privately with Cuomo’s office and state agencies as the budget shapes up.

Peter Iwanowicz, executive director of EPL/Environmental Advocates, is hoping combating climate change is on the agenda. He said New York must spend $1 billion to jumpstart landmark legislation that set a goal for net-zero carbon emissions across the state’s entire economy by 2050.

He also called for action on solid waste and recycling, and another $1 billion annually for clean water infrastructure.

“The Legislature and the governor need to show the environment the money,” he said on public radio this week.

Other looming issues include the possible legalization of recreational marijuana sales to adults, which Cuomo has called one of his major priorities for the next session.

Groups such as Rochester-based The Children’s Agenda, meanwhile, are pushing for the expansion of tax credits to reduce poverty.

The AARP wants Cuomo to invest in potential cost-saving efforts such as prescription drug importation programs, while an association representing addiction treatment providers says increased funding for treatment could save the state money it now spends jailing addicts.

Albany will also see the latest push to tax the wealthy from activists and newly elected lawmakers on the left who ran on tackling economic inequality.

Michael Kink, executive director of the Strong Economy for All Coalition, said such taxes could increase health care funding and address any budget deficits.

“New York has so many rich people and so much wealth, and our tax systems are nowhere near as progressive as they need to be,” Kink said.

HOW WILL STATE DEAL WITH MEDICAID SPENDING?

The state’s budget office says Cuomo’s proposal will include a plan to ensure the state is in line with a spending cap on Medicaid.

Cuomo has touted his work to reign in Medicaid costs, which were growing by double digits when he first took office.

But the state this year faced $1.7 billion in unbudgeted Medicaid bills that exceeded a 4% spending cap put in place under Cuomo.

Fiscal responsibility groups have criticized the administration for solving that problem with a paperwork trick. The state delayed paying the bill by three days, thus pushing it into the next year’s budget.

David Friedfel, director of state studies for the Citizens Budget Commission, said there have been signs of the looming gap since fall 2018 but the state has yet to publicly release a plan to reduce Medicaid spending or find savings in other parts of the budget.

“The later you implement a plan for cuts, the sharper the cuts have to be,” Friedfel said.

The state’s budget director, Robert Mujica, blamed several factors for rising expenses in the program, including higher costs from managed long-term care, an increase in the minimum wage that required health care facilities to pay employees more, and the state taking on more local Medicaid costs.

Medicaid enrollment in New York has grown by 32% since 2012 to 6.2 million enrollees, while the number of uninsured New Yorkers has dropped by 1.2 million.

Mujica said he and the state’s health commissioner could have instead made unilateral cuts to bring spending back in line, but decided to delay the payment instead.

It’s unclear just how Cuomo, who critics accuse of kicking the can down the road, will propose addressing the $1.7 billion Medicaid deficit.

Last year, the state raised Medicaid reimbursement rates for hospitals and nursing homes that had long lobbied Cuomo for such funding. Medicaid rate increases had been frozen in New York for a decade.

This year, Cuomo offered a proposal for $550 million in Medicaid cuts but withdrew it amid an uproar from hospitals and unions.

Friedfel, who noted the state has stopped publishing certain data about Medicaid costs, said it’s possible Cuomo could look for savings in long-term care, the subject of a state task force over the last year.

He said the deferred payment amounts to a “budgetary gimmick.”

“One of the problems is that when you have one-party control over this entire process, there’s no one in the room challenging either what they’re doing or what they’re not doing,” Kolb said.