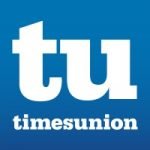 TCA Note – The Children’s Agenda is a member of the Raising New York coalition.

But as the state continues its expansion of free pre-K for four-year-olds, there continues to be a dearth of access to high-quality child care and social services during those formative years.

The group includes parent, early childhood, education, civil rights, business, and health organizations dedicated to increasing the number of children who are on track for school readiness.

Kate Breslin, president of the Schuyler Center for Analysis and Advocacy and co-chair at the coalition, said the first years of a child’s life represent a time of immense opportunity and threat.

Lack of access of affordable, quality childcare is nationwide problem, but the crisis is especially stark in New York.

On average, working parents are paying $15,394 annually — $1,283 per month — for daily childcare services, an amount surpassing costs for public college and housing in New York, according to the latest data from the Economic Policy Institute, a left-leaning Washington D.C. think tank.

For low-wage earners, these expenses can eat up 78 percent of their household’s income, according to the group’s finding.

The coalition is also co-chaired by Melodie Baker, chair of the Erie/Niagara Birth to 8 Coalition and director of education at United Way of Buffalo & Erie County, and Heather C. Briccetti, president of The Business Council of New York State, and is staffed by The Education Trust–New York.