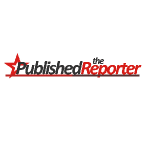 NEW YORK – New York is one of the richest states in the nation, but a new report shows the state’s children are not sharing in that wealth.

The Annie E. Casey Foundation’s 2019 KIDS COUNT Data Book ranks New York 42nd in the nation for the economic well-being of its children.

According to Larry Marx, policy committee co-chair of the Rochester-Monroe Anti-Poverty Initiative, half of the children in Rochester, the state’s third largest city, live in poverty and there are similar high childhood poverty rates found in every corner of the state.

“And that’s just unacceptable,” Marx stresses. “There’s a chance in the final days of the Legislature to do something around the earned income tax credit expansion, which would be one of the biggest and best ways to lower childhood poverty.”

The KIDS COUNT Data Book rates New York 35th for indicators of family and community, such as children in single parent households or living in high poverty areas, 17th for education and fifth for child health.

Leslie Boissiere, the Casey Foundation’s vice president for external affairs, says overall the well-being of children in the United States improved in 11 of 16 categories between 1990 and 2017, but racial and ethnic disparities persist.

“Children of color, in particular black children, Native American children,\ and Latino children, face significant barriers and obstacles that really lock in their potential and lock in their ability to contribute to communities,” she points out.

Demographers predict that by 2020, a majority of children in the United States will be children of color.

Marx says New York has taken some important steps to improve the well-being of all children in the state.

“We have one of the nation’s best paid family leave systems,” he points out. “We have dramatic expansion of pre-K for four-year-olds and some three-year-olds. That’s tremendously important to the future well-being children in the state of New York.”

The Data Book emphasizes that with funding for many federal programs based on census data, it will be critical to get an accurate count of all young children in the census next year.