The importance of using words ending in “ism” and “ist” 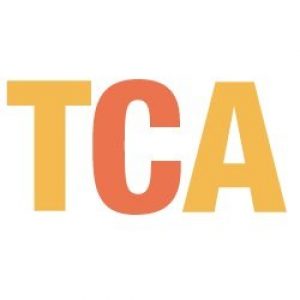 The importance of using words ending in “ism” and “ist”

My dear fellow white people in Pittsford, Brighton and across the U.S.,

As a white man, I understand the further situations are from my personal responsibility, the easier it is to call things what they are — almost as if it’s a law of physics.  I can spot racism and a racist a mile away; but inches away, my eyesight get blurry.

So when I hear children in the Pittsford school district (and where does this not happen?) are being called the “N-word,” degraded and mocked for their black-ness, I can recognize that as racism.  And when I hear white district authorities fail to call those behaviors specifically “racism” and “racist,” I also recognize that as white fragility and racism.

Yes, it’s true pain comes in all shapes and sizes, particularly for children most vulnerable to being hurt by labels for the many differences of our humanity, from gender and sexual orientation to religion and different abilities.  Pittsford district authorities seem to be acting out of the clear awareness of that.  But their actions confirm a blurry vision unresponsive to the specificity of the racism so close at hand.

White people like me in the majority (not the world’s majority, but our community’s and our country’s) inflict pain by making an “other” out of people different from us.  But history shows that it is precisely the failure of people like me in the majority to recognize and call a particular hurt for what it is that reinforces a slippery slope dropping people into a pool of hate and lifelong struggle.

My grandfather was a patriot who fought for his country in World War I.  Neither he nor his family thought of themselves as anything but patriotic citizens, good Germans — until the Gestapo transferred him to the Buchenwald concentration camp on Kristalnacht.  He didn’t think of himself as Jewish, separate in any way from his neighbors, until they pinned the yellow star of David on him.  Perfectly fine, other Germans who weren’t anti-Semitic, never agreed with the Nazi rhetoric over the previous decade, never voted for Hitler, who were in fact my grandfather’s neighbors, led to that moment and made it possible.

The power of “othering” someone for a difference like race lies in our beliefs, words, behaviors and responses to incidents like the recent ones in Pittsford.  The D&C quotes parent Jessica Coleman saying “It’s hard to see your fifth-grade son break down crying, and hold him in your lap for 45 minutes, because for the first time in his life he’s being called the N-word, and now for him, going into that building will never be the same,” she said.

That pain is not generic.  It is specific.  It is not possible — ever — for this little boy to go back to his pre-5th grade innocence, lacking awareness of his racial difference.  That will be drummed into him by the racism in his school building, by the responses of the authorities in the district, and by his education generally, his housing, transportation, career opportunities and health prospects as he grows up.  The only corrective to that specific pain is to acknowledge it and call it what it is.  It is racism.  No generic “inclusivity” committee that doesn’t name our individual, interpersonal, institutional and structural racism will help that boy or his fellow Black or Asian students from being mocked and degraded again.  Their dignity depends on understanding — and being taught by their schools and the Pittsford school district — just how proud they should be for being who they are:  black or Asian or Latino/a.

Say their names. Call out racism in all its ugly specificity, early and often, before it grows into hate.  Into Charlottesville.  Christchurch.  Sri Lanka.  Pittsburgh.  So easy to see when it’s miles away.  So hard for us to acknowledge our responsibility and teach it when it is only inches away.

I am proud to work at The Children’s Agenda, where we fight for kids and against the racism afflicting African American families and others.  It is important that my colleagues, including Tanishia Johnson and her child in the Pittsford school district, know we stand with them in their day-to-day lives.  And my personal white fragility and racism, as hard as it is to see by myself, is a responsibility I will always carry, a responsibility for which I will always be accountable, and a responsibility to act in my workplace, my home, my community and my world.  And to the Pittsford school district, you know better and need to do better.